According to Giaothonghanoi – On the afternoon of November 23, Dong Da district held a press conference to inform the implementation of the project to build the extended Huynh Thuc Khang route (Lang Thuong ward).

Information at the press conference, Vice Chairman of Dong Da District People’s Committee Nguyen Hoang Giap said, this is a city project assigned to the district as an investor. The project has been directed by the city for many years. However, until 2018, the city will not allocate a budget for the implementation. 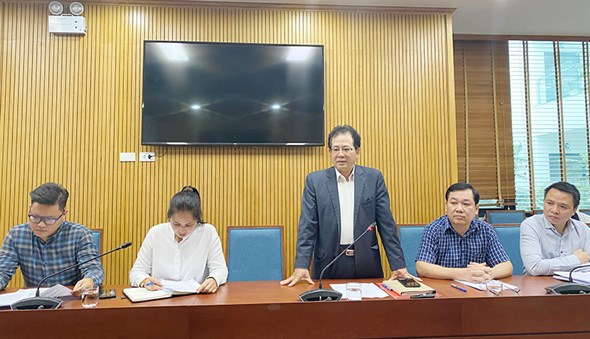 As an urban district with a high population density, Dong Da has many traffic hotspots. In which, there are 2 congestion points with huge traffic density in recent times: Chua Lang Street and Phao Dai Lang – Nguyen Chi Thanh intersection. This is also the beginning and midpoint of the extended Huynh Thuc Khang street project. It is also one of the key infrastructure projects in Dong Da district to solve the traffic problem in this area.

The efforts of the authorities in implementing these projects also contribute to solving people’s problems and ensuring to improve the quality of life of local people. Although the site clearance work for the whole route has not been completed, the road shape has been gradually completed and the site sites have been promptly constructed synchronously and with quality.

Regarding the project implementation process, Deputy Director of Project Management Board of Construction Investment of Dong Da District Nguyen Hoang Ha said, with a length of about 1.3 km, the extended Huynh Thuc Khang street has the beginning at the intersection of Nguyen Chi Thanh street , Huynh Thuc Khang and the last point at the intersection of Voi Phuc (Kim Ma). Project implementation period from 2018 to 2022 with a total investment of more than 342 billion VND. After completing the route, there will be a road bed of 15m wide and two wide sidewalks from 6 – 7.5m with synchronous infrastructure. 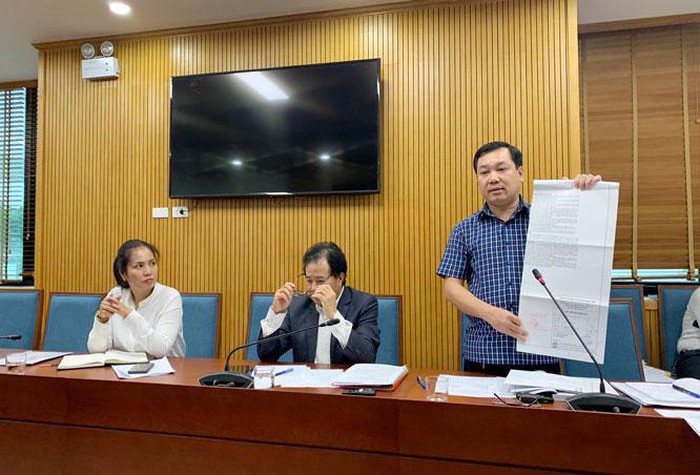 Mr. Nguyen Hoang Ha answered the opinions of the press agencies at the press conference. 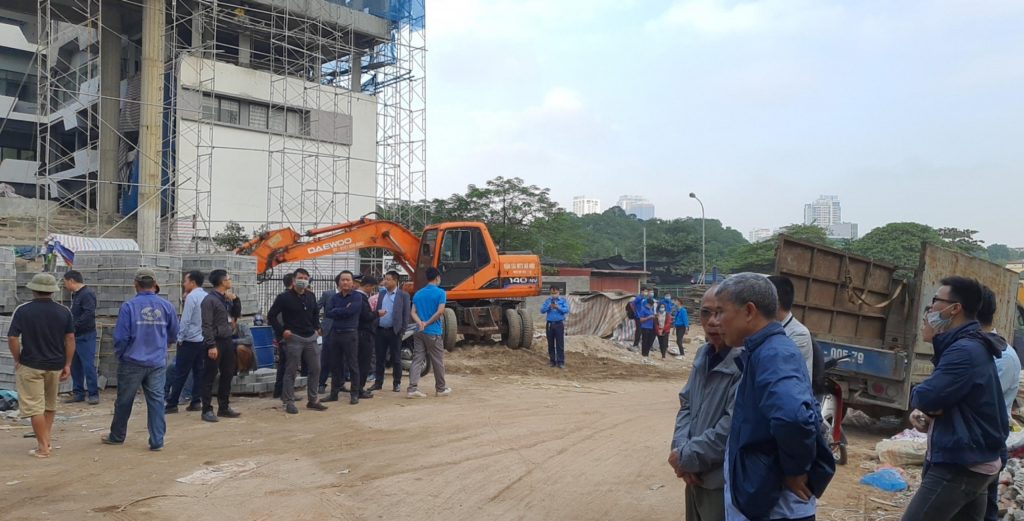 The process of leveling

Answering the question of the reporter of Economy & Urban newspaper about solving the remaining hot spots in the site clearance work at the project, Deputy Director of Dong Da District Construction Investment Project Management Unit Nguyen Hoang Ha said, immediately This week, the People’s Committee of Dong Da district will implement a definitive settlement in accordance with the law.

Along with that, promote propaganda and advocacy and focus resources to accelerate the progress and quality of the project. The investment in the construction of the prolonged Huynh Thuc Khang route is of particular importance to connect the surrounding roads, addressing the urgent needs of the people for traffic. This is also one of the key projects demonstrating Dong Da’s determination in implementing and completing projects using public investment capital in the area under the direction of the city.

Regarding the settlement of people’s complaints, Mr. Nguyen Hoang Ha said that the District People’s Committee, District Construction Investment Project Management Unit received and had 3 documents responding to recommendations of organizations; 15 documents responding to the proposed contents of households. In which there are general recommendations such as: Project implementation process; land acquisition boundaries; land acquisition of Phao Dai Lang relic … At the same time, the District People’s Committee also held many dialogues with organizations and households and most recently September 18, 2020. /.