Ceremony of awarding the apartment ownership certificate to the first-phase residents at Hateco Apollo apartment project.

According to the representative of Hateco, along with the common difficulties of the real estate industry due to the influence of Covid-19, the progress of projects and legal procedures faced with many shortcomings. “Recently, we have made great efforts to comply with legal regulations to obtain the certificate for residents of Hateco Apollo apartments as soon as possible. We also try to fulfill the mission by giving our residents a comfortable living environment,” said Ms. Vu Thanh Tuyet, representing the investor at the ceremony. Due to the complicated situation of Covid-19 epidemic, Hateco said that only a small ceremony was held with representatives of a few residents.

Hateco Apollo is located in the administrative center which is on the rise in the west of the capital, Hateco Apollo project enjoys full benefits from a synchronous infrastructure system. From the project, future residents of Hateco Apollo can easily move to the inner districts or neighboring provinces thanks to the arterial routes: Road 70, Tran Huu Duc, Ring 3, Pham Hung, Thang Long Avenue… Not only that, thanks to its location in a “natural and favorable time”, Hateco Apollo’s residents’ needs of entertainment, shopping, medical services, and education are also satisfied because of the surrounding system of schools, hospitals, commercial centers: The Manor Urban Area, The Garden Shopping Center, Big C Thang Long, Hospital 198, National Hospital of Hematology, Lomonoxop School, Doan Thi Diem School, Industrial University…

One of the advantages of Hateco Apollo compared to other projects in the same area is that there are many types of apartments with different areas, meeting the needs of many groups of customers. Especially the group of young family customers. The project has construction quality, construction progress, apartment price at a reasonable level following the market demand in the western region of the capital.

At the handover ceremony, Mr. Nguyen Xuan Vo, resident of Hateco Apollo, one of the residents who received the certificate of the right to use the apartment, said: “I realize that the investor is quite thoughtful, taking care of each progress. This place also brings a good living environment, from hygiene, security… to utilities ”. The investor said that after the first group of residents receiving the certificate of apartment ownership, those who have been paying registration tax will receive the certificate shortly.

Below are some pictures at the ceremony: 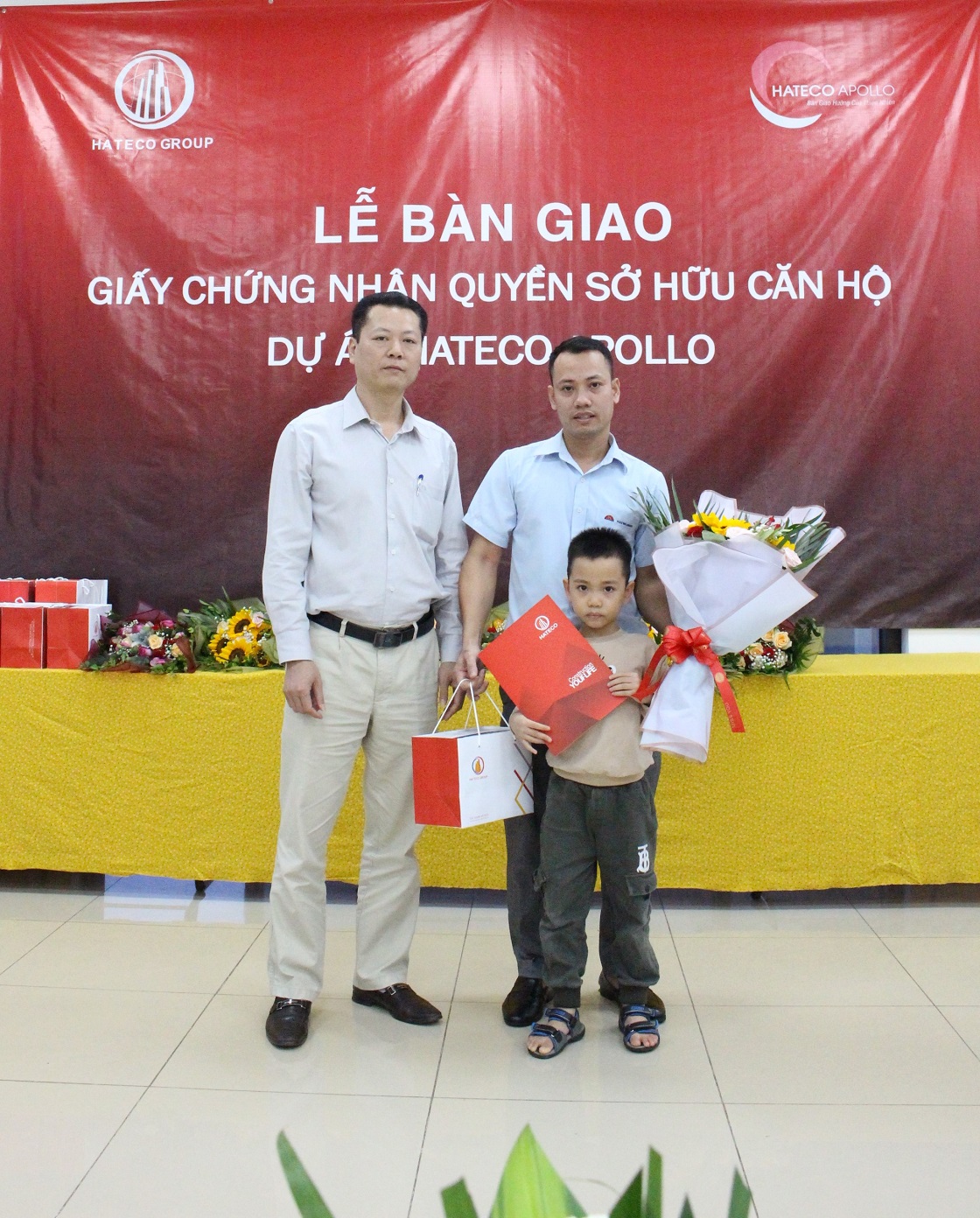 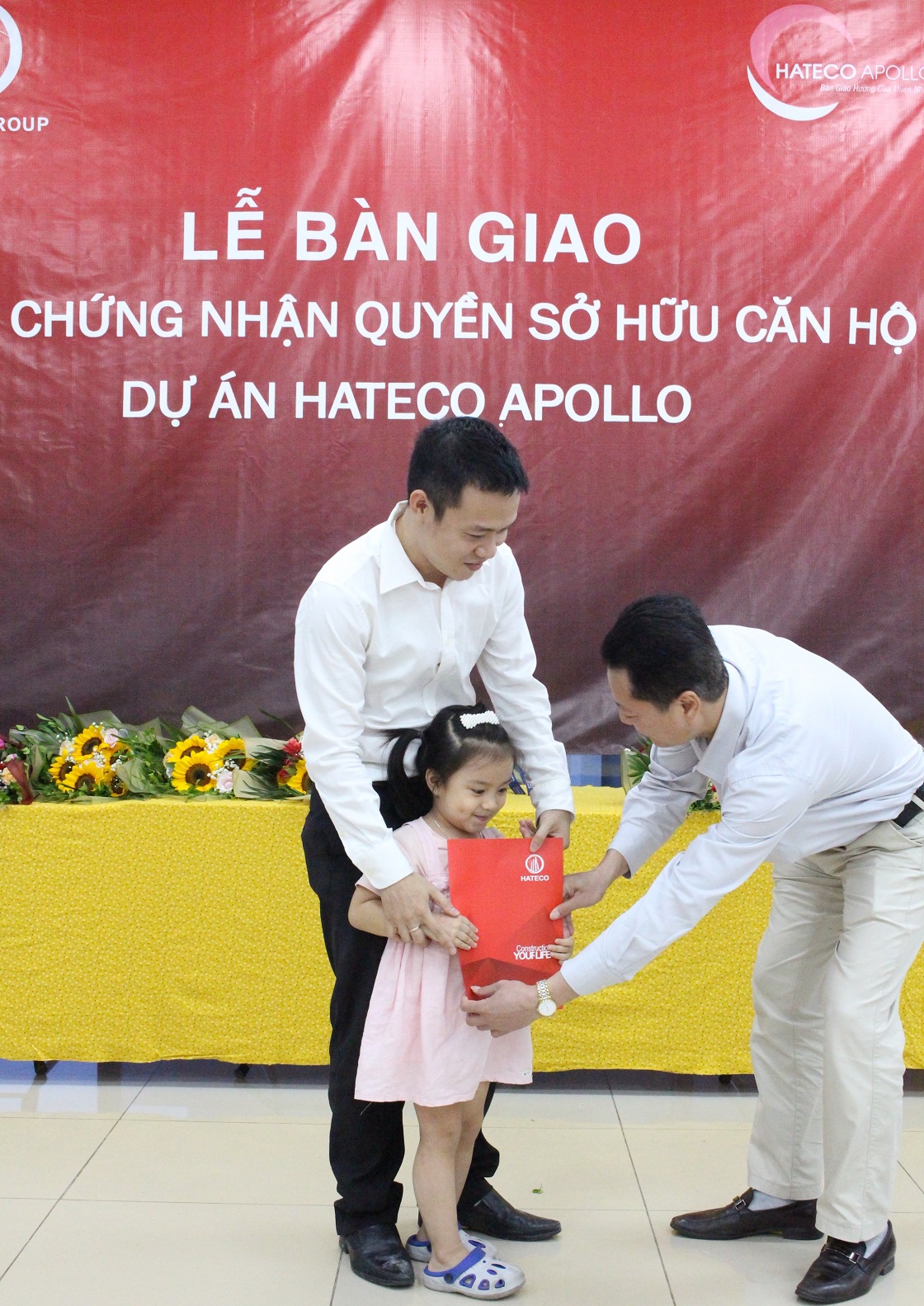 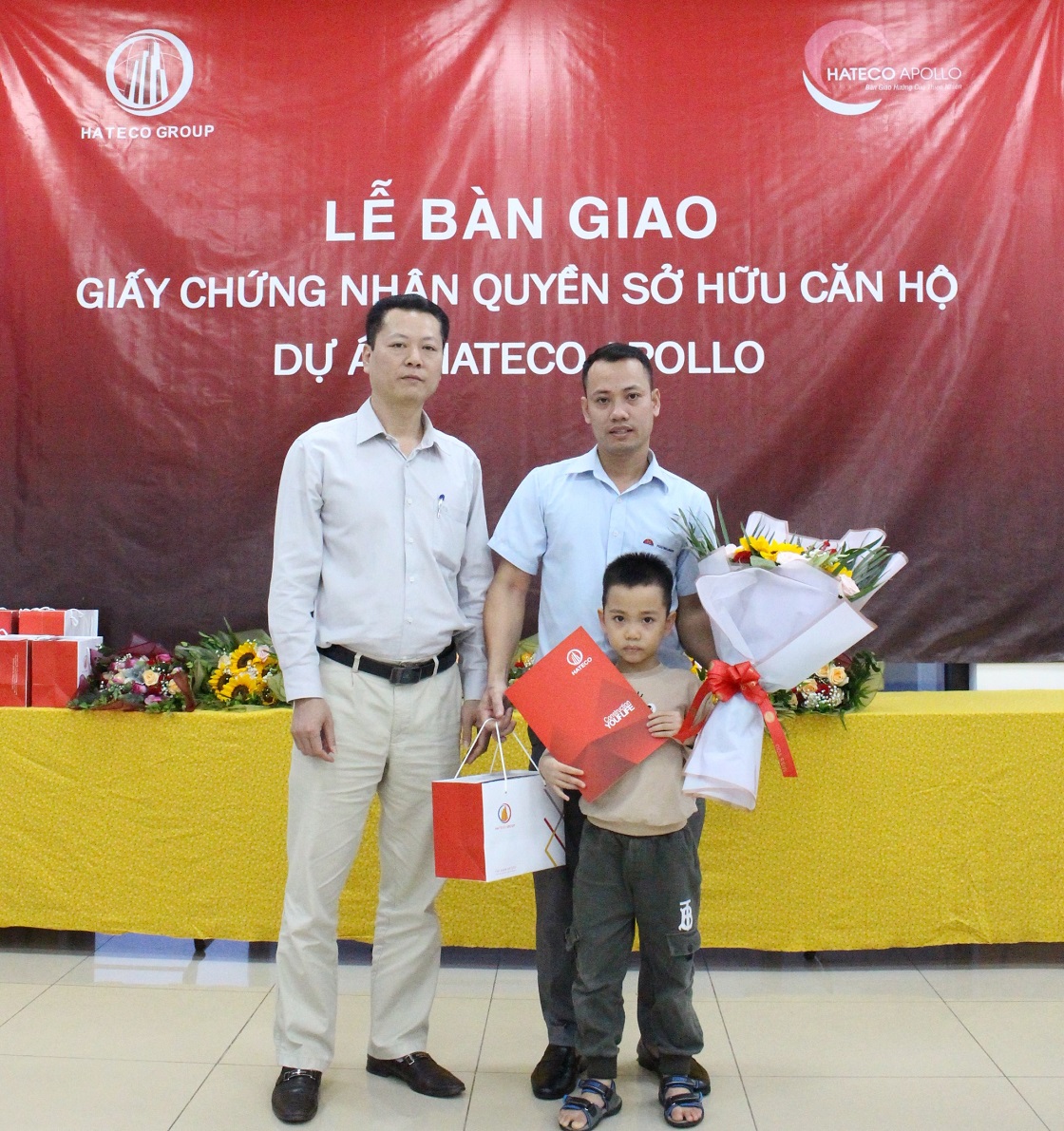 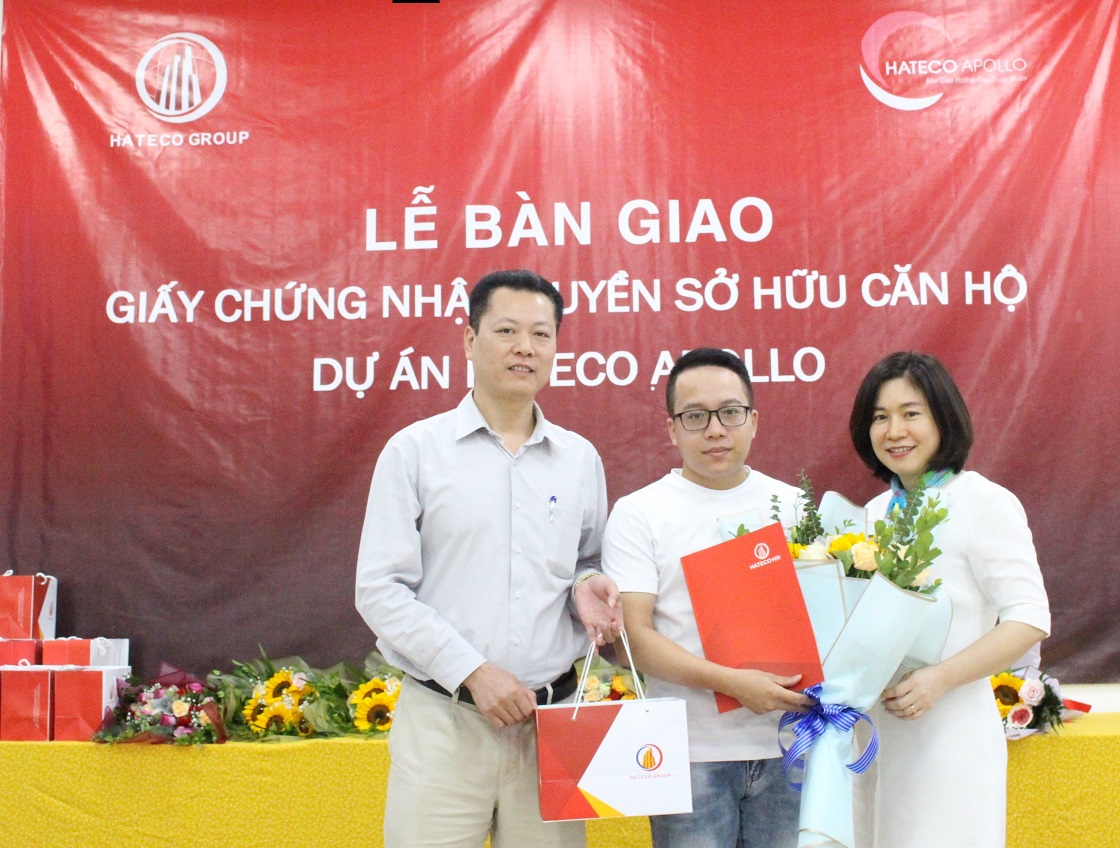 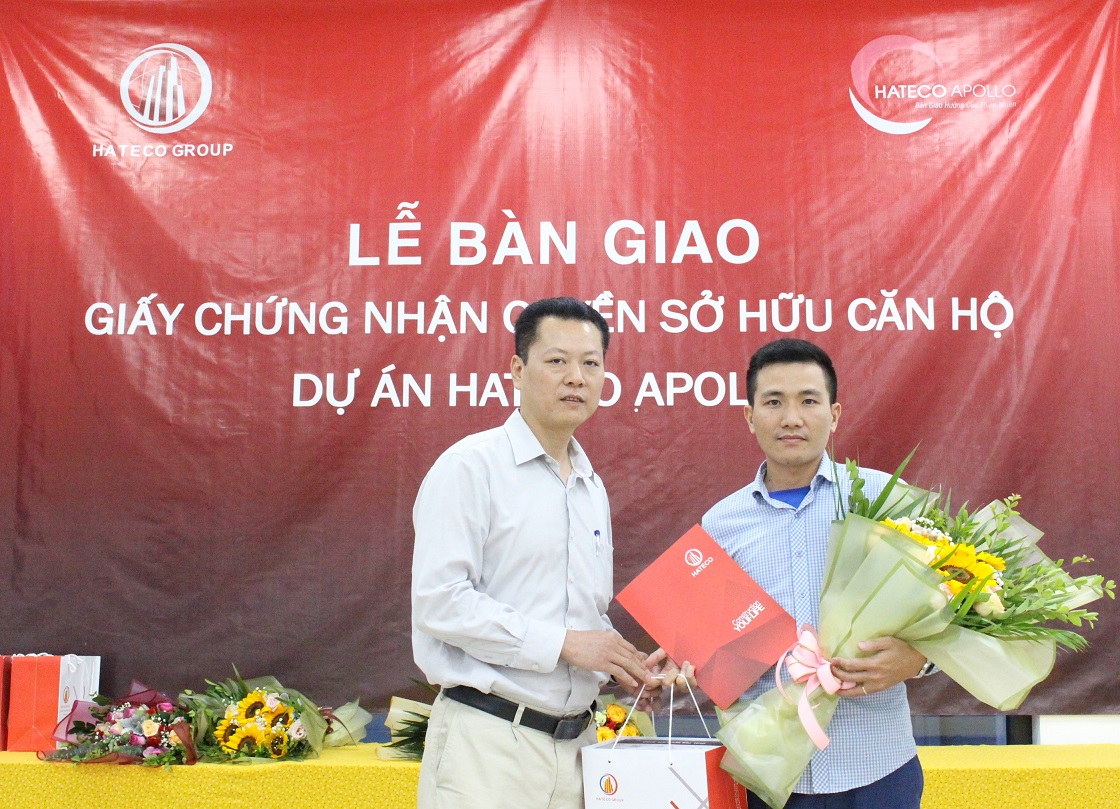 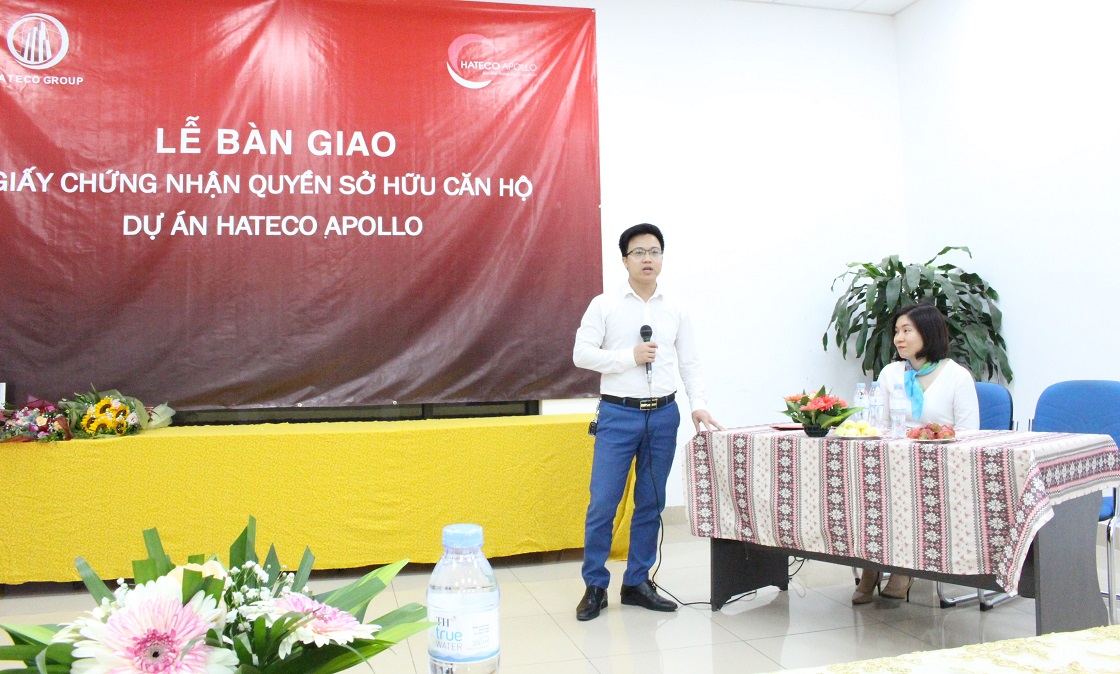 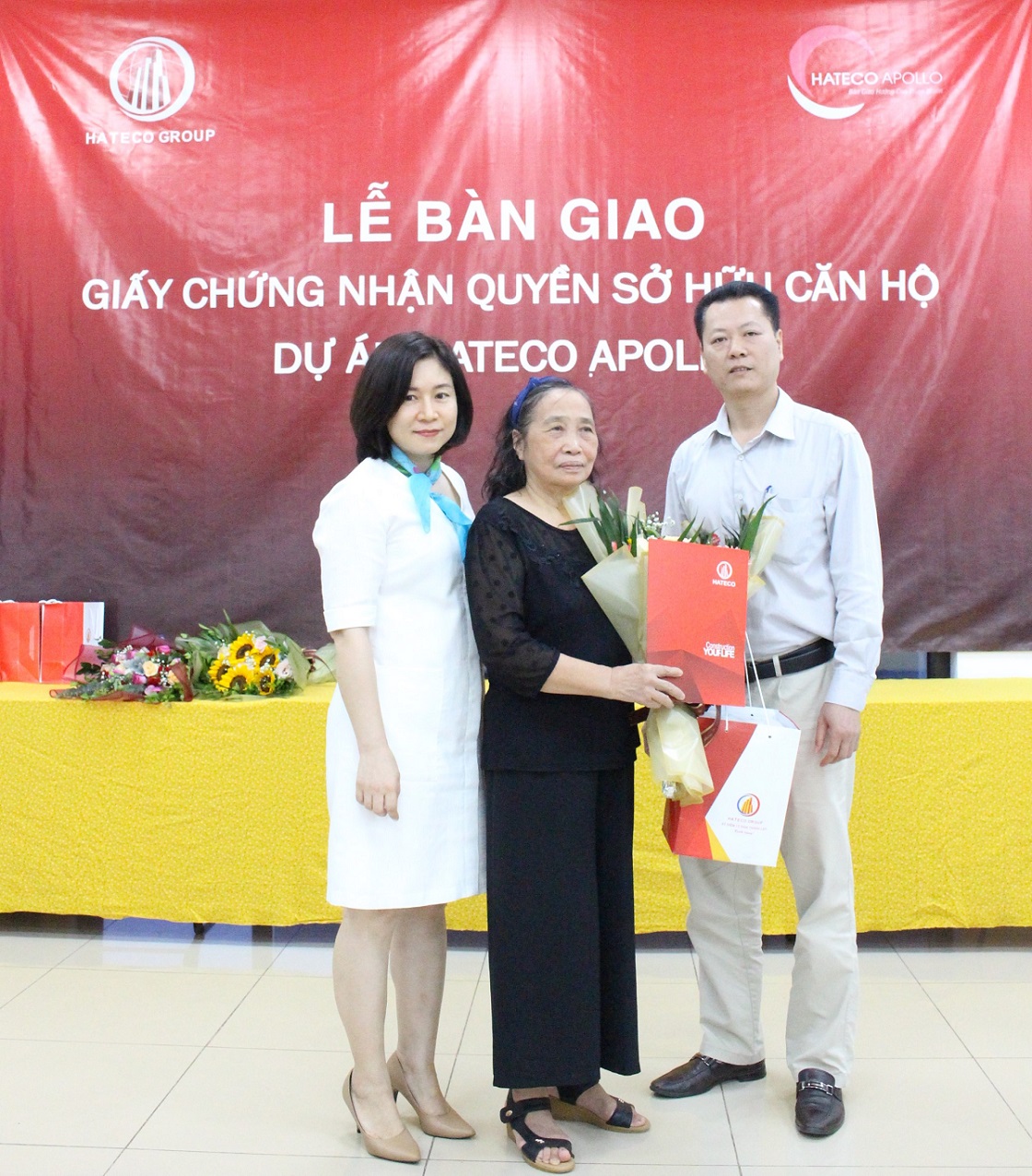